We Shall Overcome
Foundation

Dedicated to providing physical, social, educational, and economic resources to communities of color who have been historically disadvantaged, marginalized, and oppressed by systemic injustice and discrimination.

We Shall Overcome Foundation is a 501 (c)(3),
faith-based non-profit organization.

Named “the most powerful song of the twentieth century” by the US Library of Congress, the song “We Shall Overcome” has led many civil rights movements worldwide as an anthem for liberation, inspiration, and encouragement. The song is the life’s blood for the soldiers of the movement who continue to fight for justice and equality.

The US Library of Congress has proclaimed, “Word for word, the short, simple lyrics to ‘We Shall Overcome’ may be some of the most influential words in the English language.” And so, the question is: who authored the powerful lyrics that would inspire the world for nearly a century? Most believe that the song is a so-called “Negro Spiritual.” However, legendary folk singer Peter Seeger remains widely credited as the song’s writer and creator. Could this be true, or is it possible that an African American hymn writer from Cincinnati could have penned the song that would become what Dr. Martin Luther King, Jr. would call “the battle cry of the Civil Rights Movement?”

This powerful new documentary series features newly unearthed evidence never seen by the public — evidence that proves an African American woman named Louise Shropshire is the original author of “We Shall Overcome.” This project seeks to rewrite an important chapter in American history by exposing lies and corruption, and in doing so, expose what may prove to be the crime of the century.

Cultural theft and appropriation have always existed in America, but enough is enough! It is not just disrespectful to the appropriated cultures; it is monetarily criminal to those who received no payment for their intellectual property or attribution for their historical contributions. Is it possible that this globally revered anthem of freedom and protest was hijacked and exploited for profit? Unfortunately, the late granddaughter of an Alabama slave, Louise Shropshire, would say yes.

Folk singer and Rock and Roll Hall of Fame inductee Pete Seeger claimed he obtained the copyright to the traditionally Black song to protect it from the exploitation and profiteering of others. He also stated that it was the most successful song he ever recorded. Did Seeger take advantage of the opportunity to own the most potent protest and freedom song the world has ever known? Answering this question requires more than most people can handle. Years of interviews and countless hours of footage have culminated into this extraordinary project entitled We Shall Overcome.

Music producer Isaias Gamboa, a friend and former bandmate of Louise Shropshire’s grandson, Robert A. Goins, was enlisted by the Shropshire family to uncover the truth and restore a family legacy. What began as a simple favor would turn into a ten-year discovery journey as Isaias revealed secrets and lies buried for almost a century.

Many powerful exclusive interviews conducted by Isaias reveal incredible accounts and untold stories of the civil rights movement. After concluding his research, Isaias wrote a book entitled “We Shall Overcome: Sacred Song on the Devil’s Tongue.” However, exposing the truth was not enough for the author and the family of Louise Shropshire knowing that the copyright and writing credits to the song remained with Pete Seeger.

Exposing truth is one of life’s most worthwhile accomplishments, but it’s seldom easy. Now determined more than ever, Isaias captures on film the long road to battling influential music publishing company, The Richmond Organization, which claims the legal rights and control of “We Shall Overcome.” As Isaias launches a historic class-action lawsuit against them with famed New York attorneys, Mark Rifkin and Randall Newman, the suit gains the attention of major global news outlets, including the front page of the New York Times. Soon after, producer/director Lee Daniels, who The Richmond Organization forced to pay for the use of “We Shall Overcome” in his 2012 film Lee Daniels’ The Butler joins the lawsuit as co-plaintiff.

Today, the intention behind the words “We Shall Overcome” and its original author rings truer than ever. The world can only learn from the past by exposing the truth of our history. This documentary series is a beacon of light for all generations watching and waiting for Louise Shropshire’s vision to become reality for all.

The two sides in a legal dispute over whether the song “We Shall Overcome” was subject to copyright protection reached a settlement on Friday that put the civil rights anthem in the public domain, lawyers involved in the case said.

On Friday, a song publisher backed down on the claim that “We Shall Overcome” is under copyright. In a settlement that almost entirely assures that no film or television production will ever again have to pay a license…

Songwriter finally gets credit for ‘We Shall Overcome’

For decades, activists have tried to get Louise Shropshire the credit she deserves for the famous civil rights song popularized by Dr. Martin Luther King, Jr., “We Shall Overcome,” which has long been said to be based on a hymn that she wrote.

Sing it loud. Be solemn about the struggles and indignities of life. But also sing it proud upon a hopeful future. On Friday, a song publisher backed down on the claim that “We Shall Overcome” is under copyright. 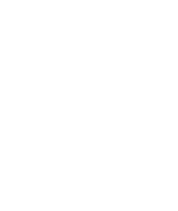